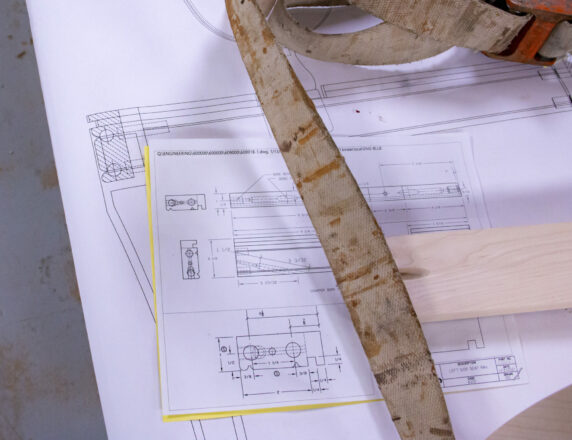 Proudly Made in the USA

Today, Councill is made to order by the skilled and passionate craftsmen and craftswomen of Kindel Grand Rapids in Grand Rapids, Michigan. We are proud of our hand craftsmanship through the selection of unique and beautiful veneers, bench assembly, meticulously tailored upholstery, and hand finishing techniques. Fusing timeless design and time-honored tradition, Councill presents you with a comprehensive offering of luxury executive and office furnishings and an elegant array of residential furniture. You may register your piece with us at Karges as with any piece of fine art. 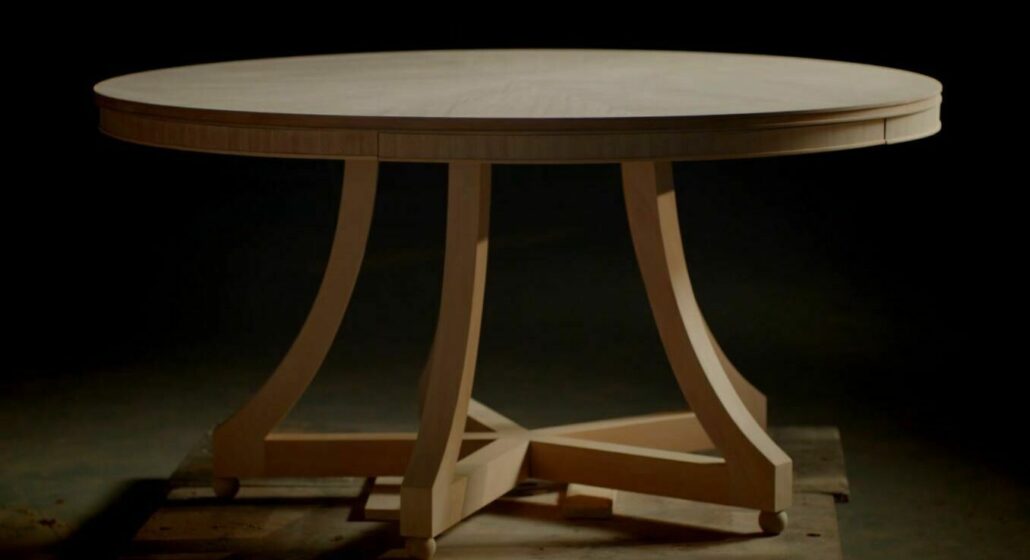 Bench Assembly, Hand Carving, and a Marrying of Old and New Techniques

Fluted and spiral dowel construction, spline and tenon techniques are how we assemble products and have been for over 300 years of fine furniture building. That is the collective age of all our brands. The luxury of modern machines, such as CNC, and duplicate carvers, allow for a safer process for our artisans, yet they do not replace the beauty our artisans’ hands add each day to our pieces. While we do marry new techniques and superior process, there is not a piece we make that does not include considerable hand work from our crafts men and women. No machine can duplicate the beauty of hand carving. Undercuts, deep scoops, chisel marks and other details are created by the carver’s skilled use of traditional chisels. Our methods are not the fastest nor the cheapest, but they are the best and define Karges as one of the last great American furniture companies. 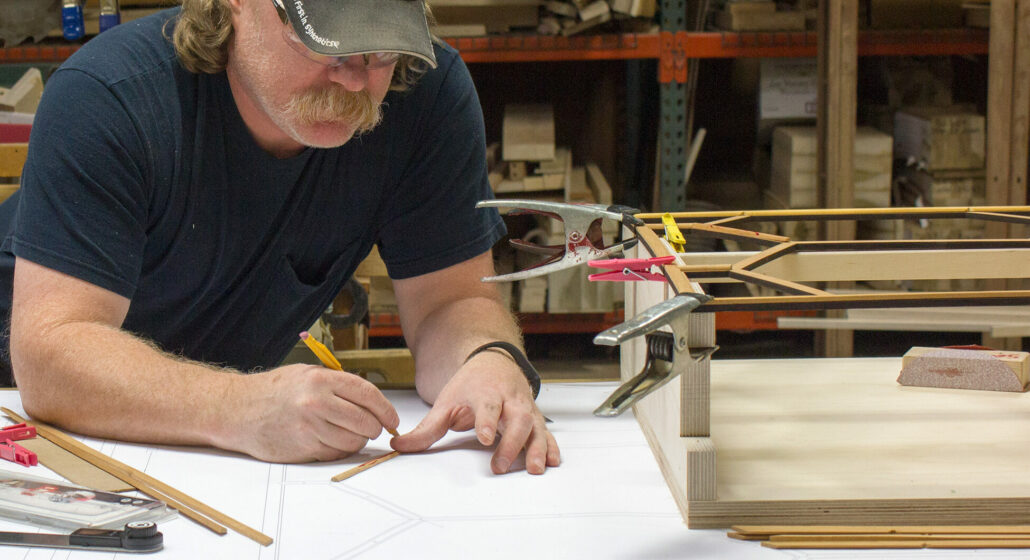 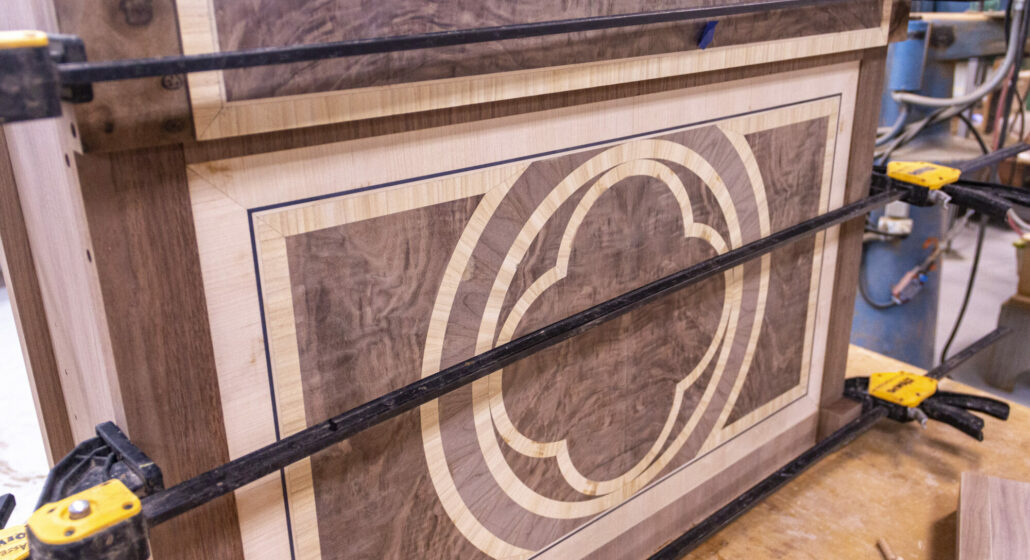 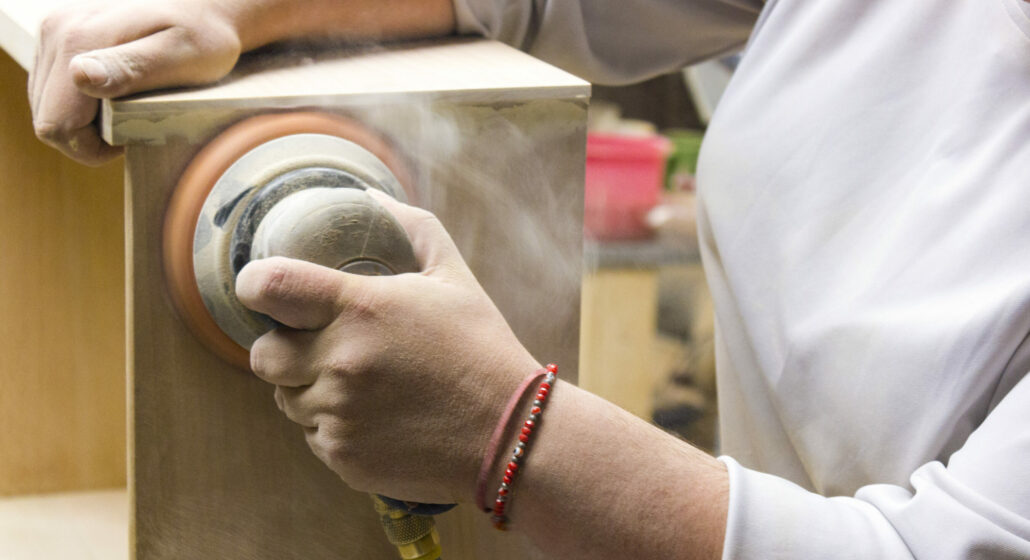 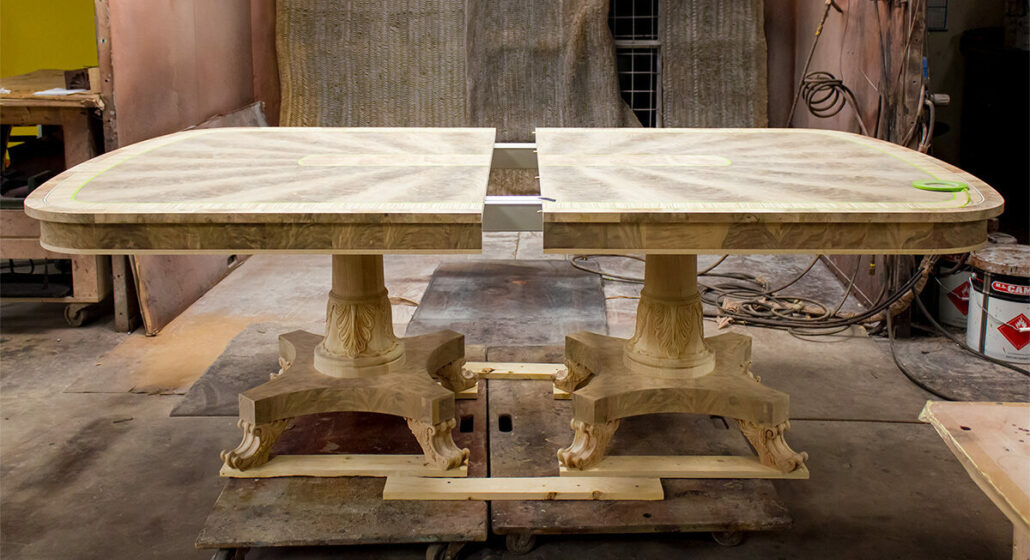 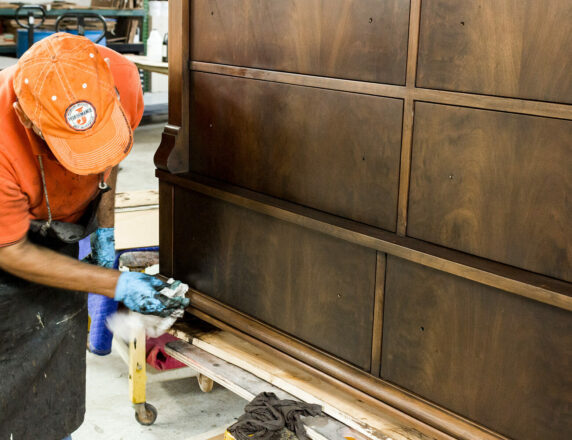 Artistic and Hand Rubbed Finishes that Show Clarity and Depth

The immediate aesthetic impact of Councill furnishings is largely attributed to the finishes. Our finishes include multiple traditional and non-traditional stained finishes, painted lacquers, paints with a brushed technique or aged technique as well as multiple artistic finishes creating interest and uniqueness to every piece we craft. Our process is complex and requires over thirty steps with the final detail being hand rubbing, a step that creates a luxurious depth of finish and tactile feel, second to none. Each of these are uniquely created through hand applications and ensure no two pieces are alike. 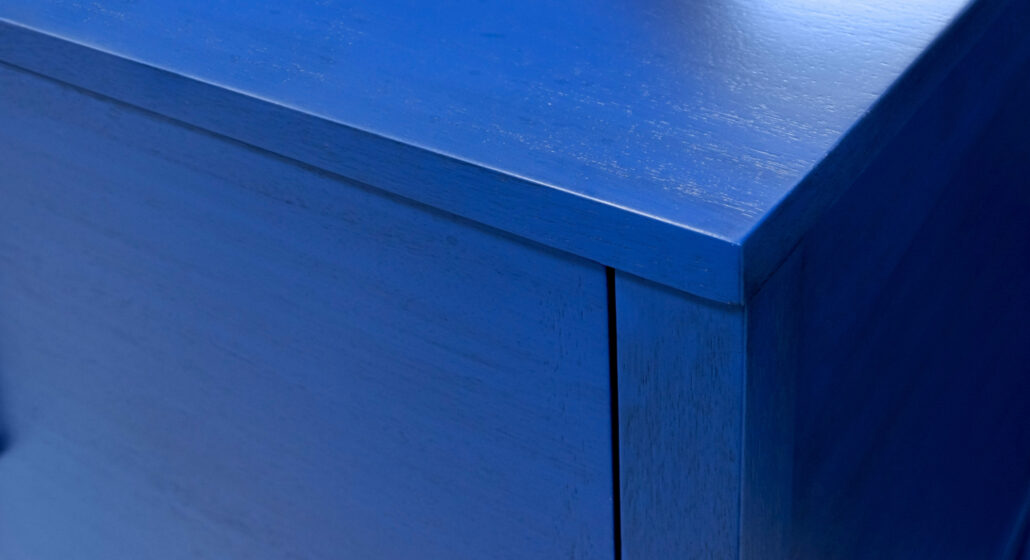 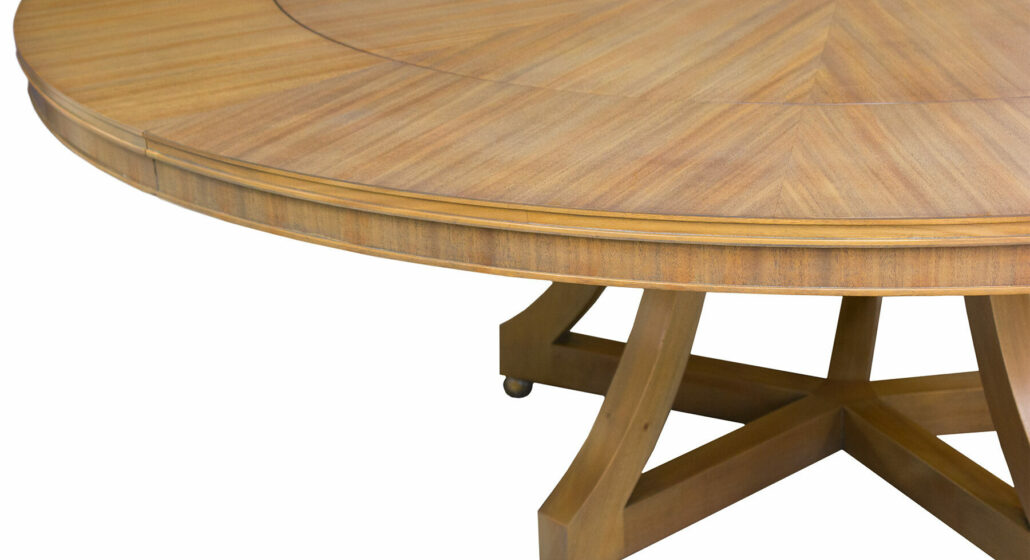 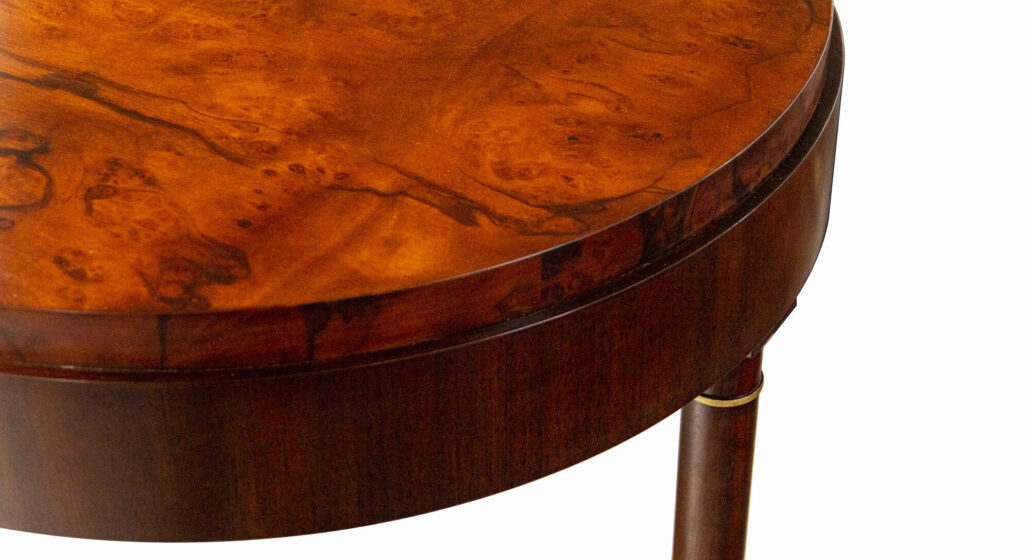 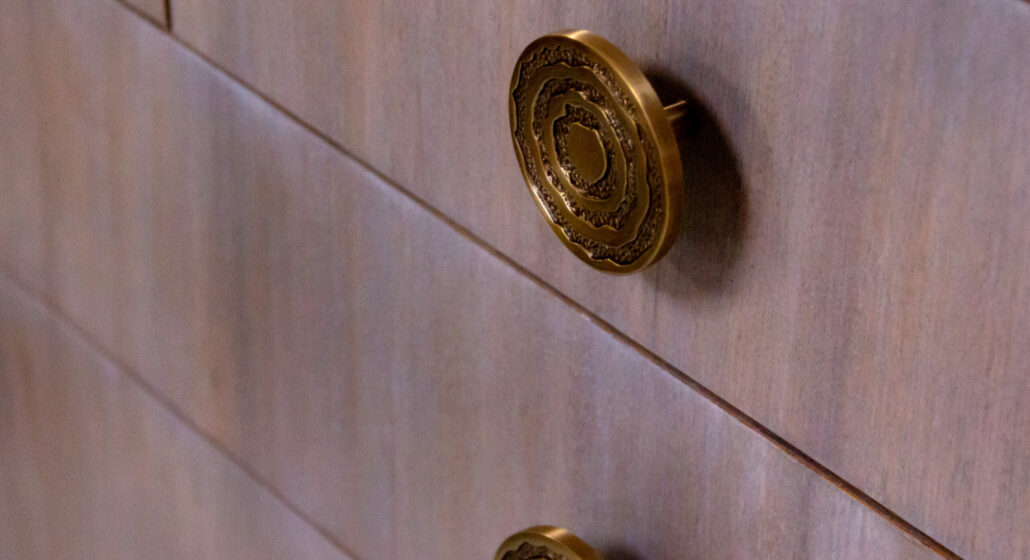 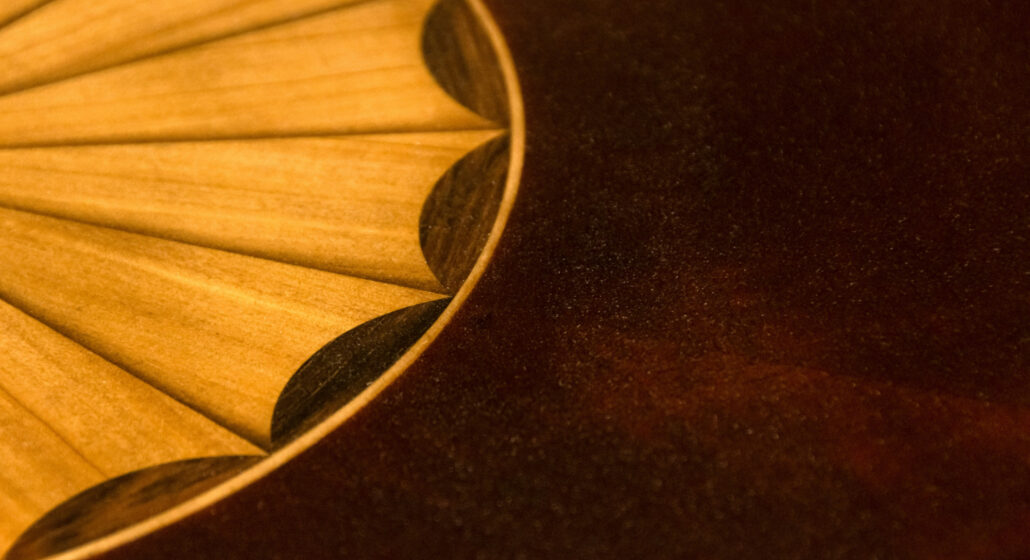 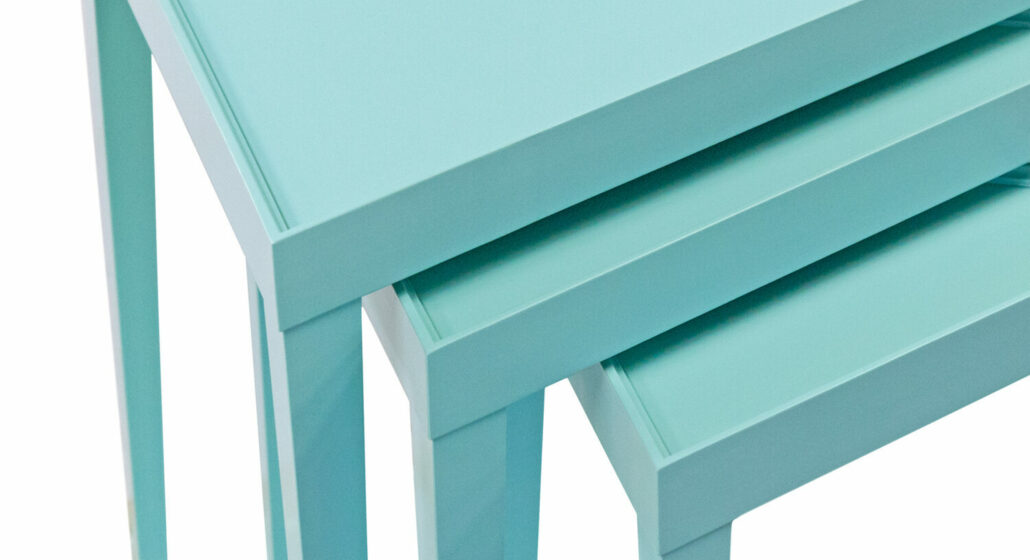 For decades, our craftsmen and craftswomen have made it their mission to produce America’s finest furniture. Our unparalleled quality of materials, time-tested processes and talented artisans set Councill apart from the rest. Our process begins with material selection from our wood specialists who inspect and approve unique and beautiful veneers and hard woods. Our finishing materials are tested for quality and color to ensure the level of execution of our finish will be second to none. The final touches of Councill case goods are added with hardware, a crucial step in determining the overall aesthetic of a piece. The quality and finishes of our hardware perfectly capture the spirit of the pieces they adorn. 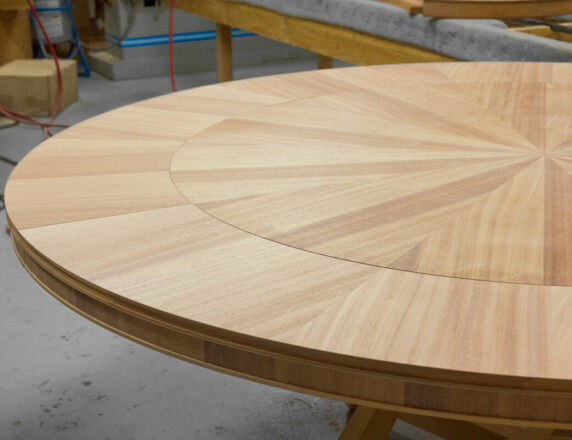 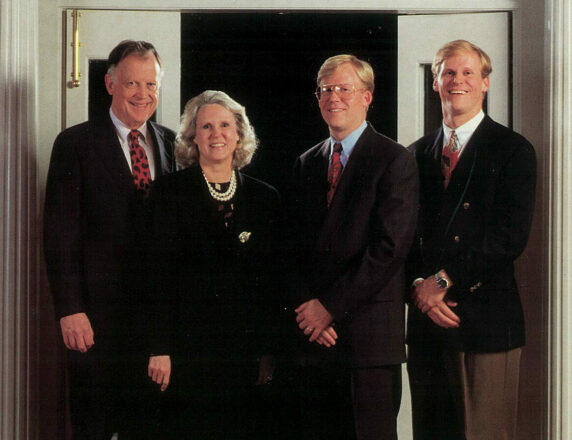 In 1973, Fred and Hope Councill founded Councill Craftsmen in Denton, North Carolina. They believed that the inherent beauty of fine furniture lives forever. Councill has maintained a dedication to the art and craft of fine American furniture making and established a reputation for excellence.

In 2015 Councill joined the Kindel Grand Rapids family. All operations were moved to Grand Rapids, Michigan, joining the Kindel and Karges brands where the practices of bench made furniture continue. Councill was founded on the same principles of hand craftsmanship and beautiful execution using the same made-to-order model as Kindel. The uniting of the three companies together in Grand Rapids proved to build strength and awareness for all three important, historic furniture brands.

Grand Rapids has been the home of the Kindel Furniture Company since 1912 when Charles J. Kindel located one of his many furniture factories to The Furniture City, as Grand Rapids was known in the early 20th century. The legacy of the Kindel family transferred ownership in 1964 when Kindel was purchased by John Fisher of Muncie, Indiana. The Fisher family has maintained family ownership for over 50 years with a dedication and commitment to 100% American-made furniture. While other companies have sought lower cost methods and offshore production, Kindel held a standard for domestic work, and today handcrafts 100% of their furniture in Grand Rapids, Michigan.

Kindel Grand Rapids is positioned uniquely as the preeminent, luxury furniture brands made in the United States that are committed to bench-made methods and superior craftsmanship.