The Lang Chest features a bowfront shape with striking, quartered Walnut veneer on the top and end panels. There are four drawers in matched figured Walnut veneer. Bronze hardware is standard.

Our furniture is sold through retail stores, interior designers and trade showrooms. For referrals, please contact Customer Service at 616-243-3676, ext 0 or email us at customerservice@kindelfurniture.com. Thank you. 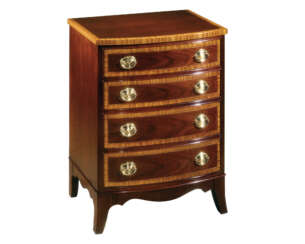 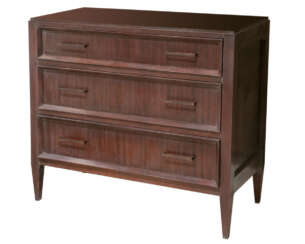 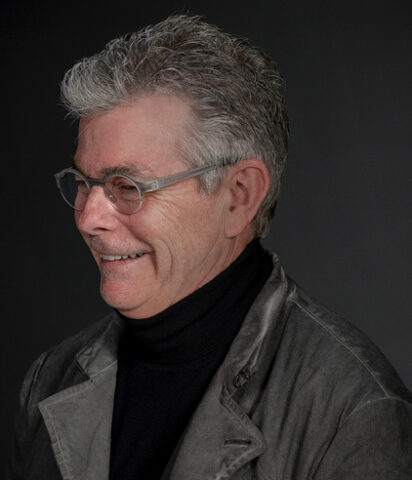 “Historically classic forms continually inspire and shape my design aesthetic as they capture the familiarity of the past, with which I then, interject a modern point of view."

John Black was a furniture designer and founder of the creative design firm that bears his name, J Black Design. At heart, John was both a modernist and a classicist. Hardly a conundrum. John was known for an understated, classic approach to furniture forms that captures the essence of traditional silhouettes combined with modern touches. He was an artist and a mechanic with an unfailing, critical eye for scale and proportion.

John Black was both a master and a student of design. He grew up in the furniture making tradition in North Carolina and received formal training at Kendall College of Art and Design in Grand Rapids, Michigan. Before establishing his own firm, John was Vice President of Design for Baker Furniture. While John traveled broadly for inspiration, his everyday life was a creative force. Sadly, John passed away in 2021 after a brave struggle with cancer. He will be sorely missed, though his designs and memory lives on.